Our mission is to provide a vibrant, state of the art cinema, cultural center and community hub, featuring outstanding films, arts-related programming, educational offerings and a fun, welcoming space to relax and socialize.

The newly renovated Bedford Playhouse is an exciting resource for our community…a destination where Westchester and Connecticut residents gather for film, music, events – or just good food and drink.

Our three theaters are served by state of the art projection and sound equipment.  Together with the Clive Davis Arts Center, named for our largest donor, legendary music producer Clive Davis, the Playhouse presents a rich variety of programming. This includes first-run movie releases, classics and family fare, independent and art house films as well as an author series, speaker events, music performances, art exhibits, educational offerings, and more.

The new Playhouse also features a luxurious “Tasting Room” that hosts wine tastings and unique events — as well as a spacious café with a full bar, offering light, delicious food for breakfast, lunch and dinner.  The Playhouse Cafe is a place where people can meet for a drink or a meal – even without attending an event or movie. Additional cafe info can be found HERE.

Finally, Bedford Playhouse theaters and event spaces are available to rent for classes, parties, meetings, corporate events and other programs.

To sum it all up, there is something for everyone at the Bedford Playhouse!

*Assisted listening and CC equipment are available upon request.

The Bedford Playhouse is a former movie theater located in Bedford, New York which first opened its doors back in April 1947 to much fanfare. It operated continuously in the village for close to seventy years. It had a state of the art sound system and projection, “modern” air conditioning and an exterior designed to blend in with the historic village of Bedford. The owner and designer, Joseph H. Stearns, was a resident of Pound Ridge.

In 1983, the theater was divided into two smaller theaters, and much of its majesty and historic nature was lost. In early 2015, the theater closed.

A grass roots organization was formed under the leadership of Bedford resident John Farr, with the goal of transforming it into a not-for-profit arts house cinema, cultural center, and community hub. Over $8 million has been raised since then and construction of the new facility began in Spring, 2017.

[Read about the April 30, 1947 opening of the original Bedford Playhouse here.] 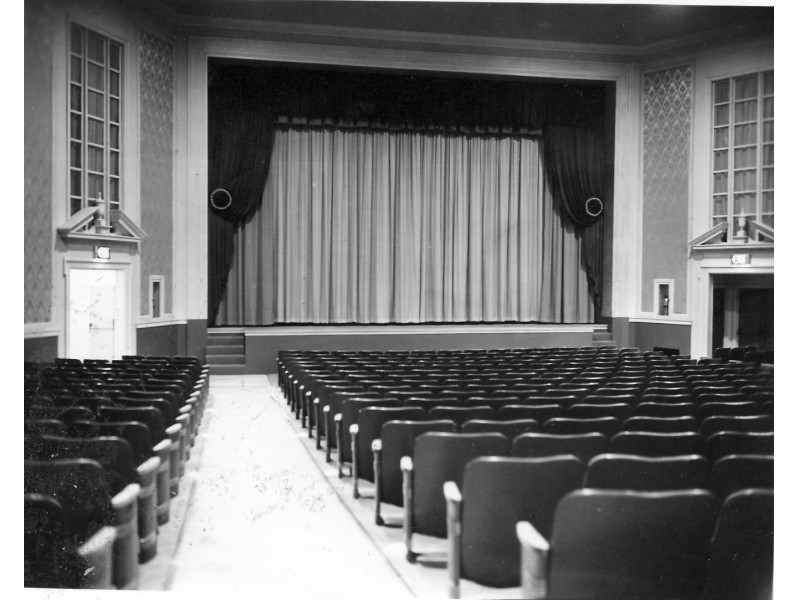 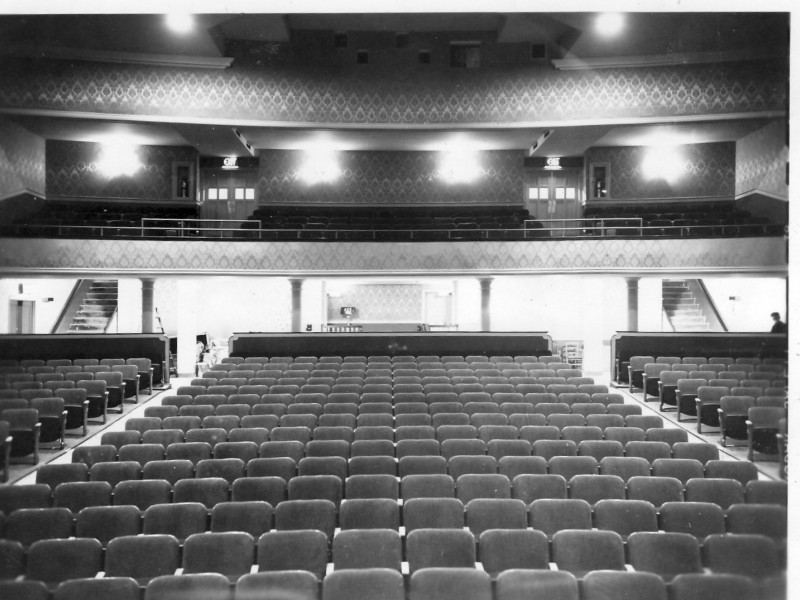 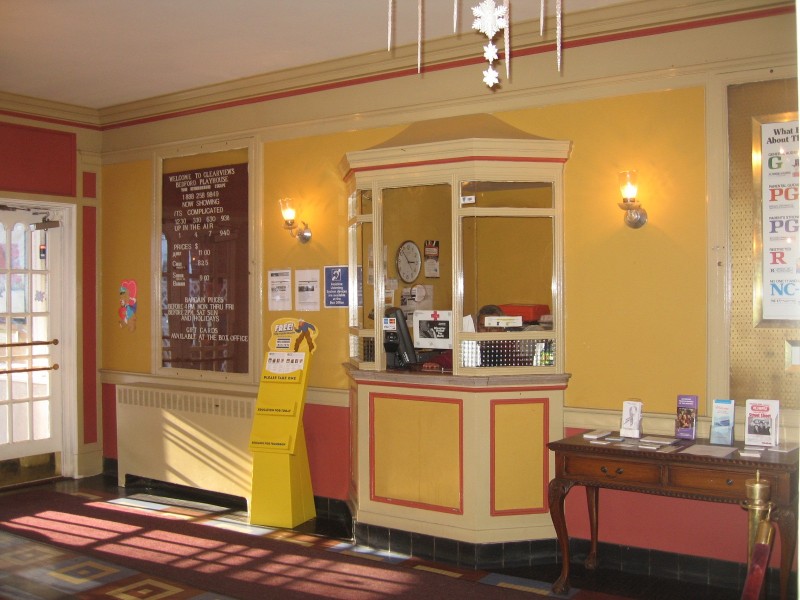 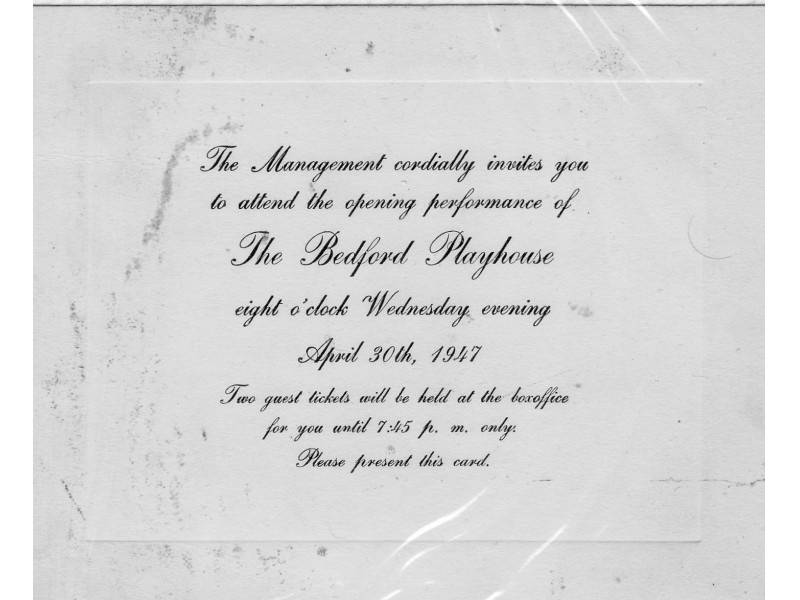 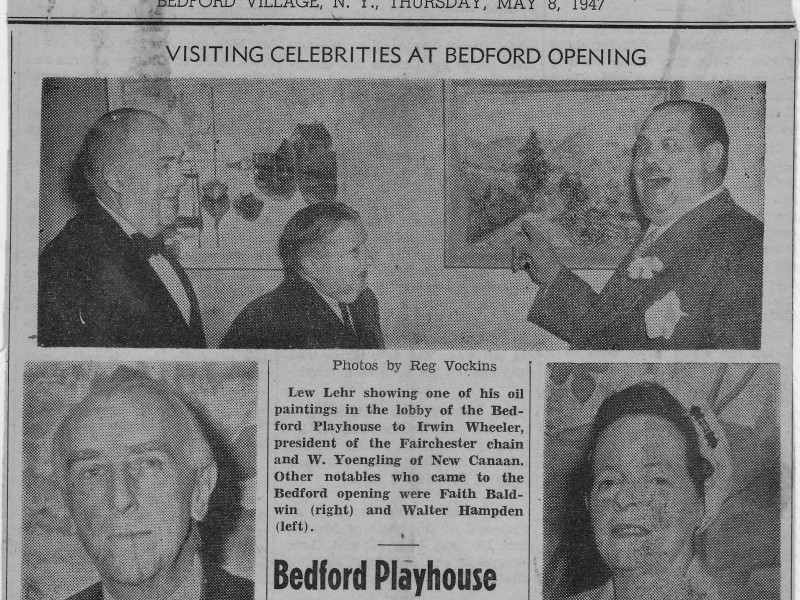 Bedford Playhouse, Inc. is led by a committed Board of Directors, and members of the local arts and professional community who serve on our Advisory Councils. The organization continues to be led by Sarah Long, Chairman of the Board, and Founder and President, John Farr.

Stay updated about all the latest news and upcoming fun at Bedford Playhouse!